Marijuana use was recently legalized in Colorado, making the drug’s household presence a common occurrence. As marijuana has become more accessible across the country, pets have increasingly been affected. In fact, the Animal Poison Control Center reported a 765 percent increase in calls about pets ingesting marijuana in 2019, compared with the same period the previous year. Our team at Mountain Legacy Veterinary Center would like to provide information about marijuana, and how your pet could be affected.

Several terms are used when discussing marijuana-associated plants and products, and if you don’t understand the differences, they can be confusing. These terms include:

How do cannabinoids affect pets?

How does marijuana affect pets?

Dogs are more commonly affected by marijuana toxicity than cats. Pets are most commonly poisoned by ingesting baked goods containing the drug, and can also be poisoned by eating the actual plant, inhaling the smoke, or consuming hashish oil. When inhaled or ingested, THC enters the body and signals neurons to release neurotransmitters, such as dopamine, norepinephrine, serotonin, and acetylcholine. The increased circulating neurotransmitters result in the clinical manifestations. Dogs typically are more severely affected than humans, and signs usually occur about 30 minutes to one hour after ingestion—sooner if the drug was inhaled. Because THC is stored in the body’s fat deposits, the drug’s effects can last for several days. Signs include:

How is marijuana toxicosis in pets treated?

Marijuana toxicosis is rarely deadly in pets, but you should always seek veterinary support, because many cases entail dogs ingesting baked goods that contain chocolate or xylitol, which are also toxic to dogs. Also, marijuana’s potency varies among products, and the amount in edibles is not regulated. Veterinarians are not obligated to report incidents involving recreational drugs to local authorities, so you should be completely honest about what your pet has ingested, to allow our veterinary professionals to provide the appropriate treatment. Treatment involves:

What about medical cannabis products for pets? 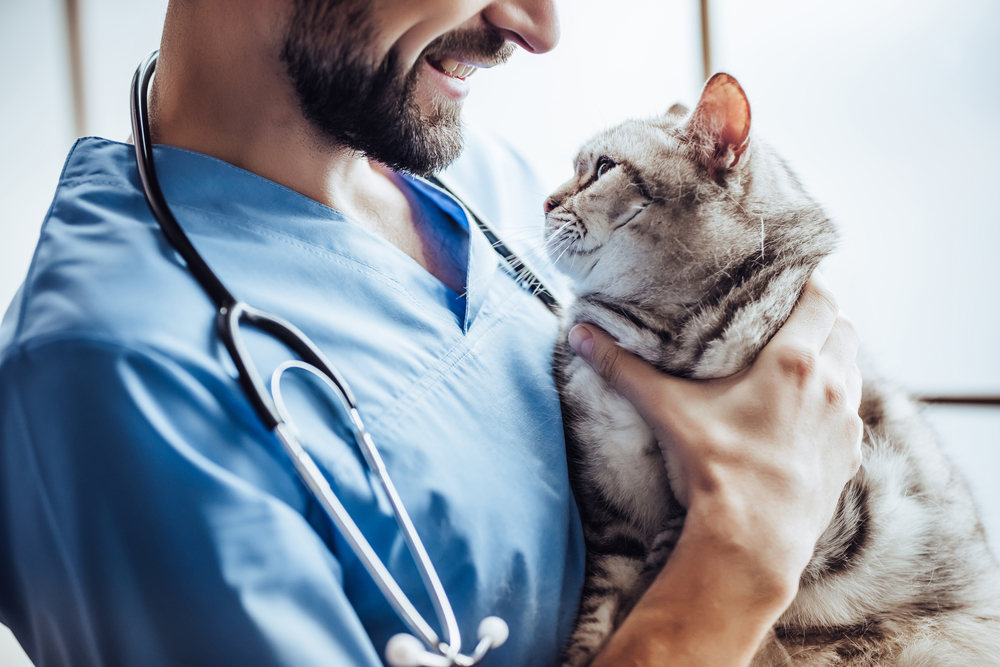 Several products are commercially available that advertise health benefits for pets. Reasons to be cautious about these products include:

Preventing your pet from ingesting or inhaling marijuana products is the best way to safeguard them from toxicosis. If your pet is affected by marijuana toxicosis, do not hesitate to contact our team at Mountain Legacy Veterinary Center, so we can provide the care they need.