Determining the breeding female’s pregnancy status is an important management tool in bovine herds, to identify which cows should be removed from the herd, and if estrous synchronization and artificial insemination attempts were successful. Ultrasonography offers many advantages over manual palpation, and makes this process more efficient and profitable. Our team at Mountain Legacy Veterinary Center breaks down how ultrasonography can improve your bovine reproductive management program.

How does ultrasound work?

Diagnostic ultrasound produces sound waves at high frequencies, above the human hearing threshold. A transducer, made from a special ceramic crystal material, produces these waves, and can also detect the ultrasound echoes that are reflected back. When an electric field is applied to the ceramic crystal material, they can produce not only the sound waves, but also an electric field when a sound wave hits them. During an ultrasound scan, the transducer sends out waves throughout the body. Boundaries between tissues in the beam’s path cause the transducer to reflect back the waves. These boundaries can be between fluid and tissue, or tissue and bone. The electrical signals produced are sent to the ultrasound scanner when these echoes hit the transducer. By calculating the distance between the transducer and the tissue boundary, a two-dimensional image is generated, detailing the tissues and organs. When performing a pregnancy evaluation in cows, the transducer probe is inserted in the cow’s rectum, to visualize the reproductive structures, the fetus, and fetal membranes.

How are ultrasounds beneficial for bovine reproductive management?

Ultrasonography performed by a bovine veterinarian allows for visualization and evaluation of the ovaries, uterus, reproductive vasculature, fetus, and surrounding structures. Benefits include: 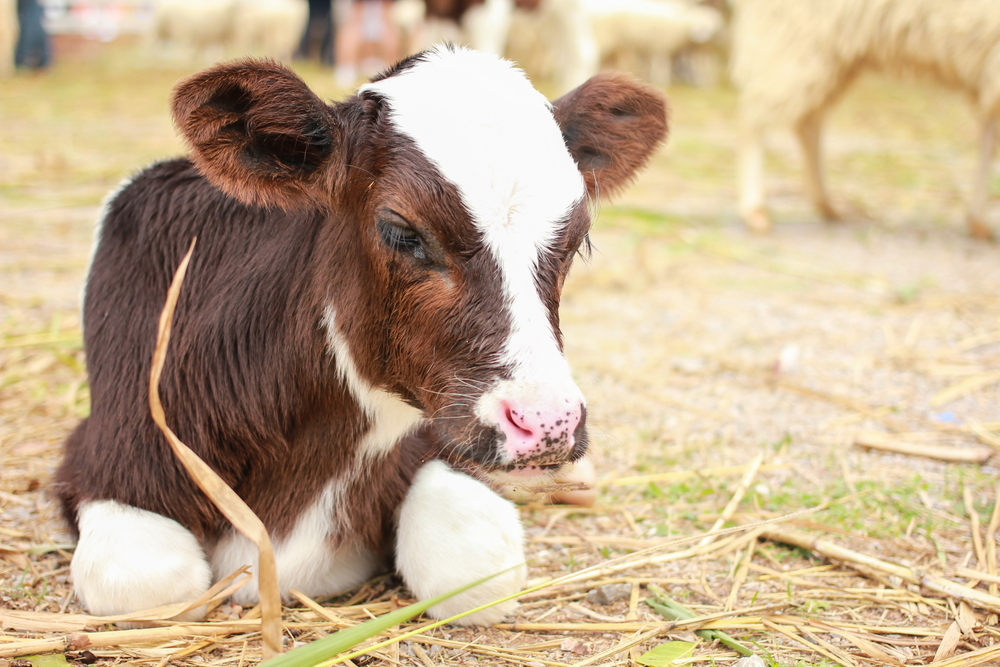 Ultrasonography is the best method to accurately diagnose pregnancy in bovines as early as possible. This procedure should be performed only by a trained bovine veterinarian, to avoid injuries, such as rectal tears, in your herd. If you would like your cows ultrasounded to assess pregnancy, do not hesitate to contact our team at Mountain Legacy Veterinary Center, so we can schedule a day that works best for you.